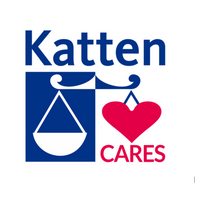 At its November gala, the Chicago Lawyers’ Committee for Civil Rights (CLCCR) celebrated Jonathan Baum as its “Champion of Justice.”

One of the first attorneys in the United States hired to serve in the role of pro bono counsel, Jonathan, senior counsel and director of pro bono services, created Katten’s pro bono program, which has served as a model for other law firms to follow. Through his work, Jonathan has succeeded in engraining pro bono service in Katten’s culture.

CLCCR recognized Jonathan for his gold-standard level of service and for his commitment to the organization as an advocate, having served at times as a board member and board president.

In his remarks at the gala, Jonathan shared his gratitude to CLCCR for the opportunities to serve and to Katten, which, almost 30 years ago, “took a flyer on my crazy idea of a private law firm having a full-time pro bono lawyer.”

Said Jonathan: “Thank you for giving me the chance to restore the dignity of a Black mother and her teenage son who – in the 21st century – were repeatedly and selectively denied the use of a public restroom at a national chain restaurant in this city. Thank you for letting me redress the injustice done to a native-born US citizen of Palestinian background who was fired from his job as a security guard because he was deemed a ‘terrorist’ for not greeting the US invasion of Iraq with sufficient enthusiasm. Thank you for giving me the opportunity to win a six-figure settlement for a Latino family whose event to raise funds to pay the medical bills of their injured son was shut down by the owner of the venue because ‘I can’t have this place filled with Mexicans.’ And thank you for enabling me to obtain compensation and affirmative relief for Black, Jewish, Gay, and Latino victims of odious hate crimes.”

Jonathan emphasized that this opportunity to serve helped him fulfill his commitment to the Jewish social justice obligation of “Tikkun Olam,” a duty to repair the world.

"We could not be prouder of Jonathan's pro bono efforts. At his core, Jonathan strongly believes in equality. He advocates for providing equal access to justice for marginalized populations. He supports disenfranchised groups in battling against discrimination. He champions society's most vulnerable in impactful ways," said Katten Chairman Roger P. Furey. "Jonathan treats all his clients with the respect, dignity and kindness they deserve, serving them in the same manner as our paying clients. He truly reflects the best of Katten." 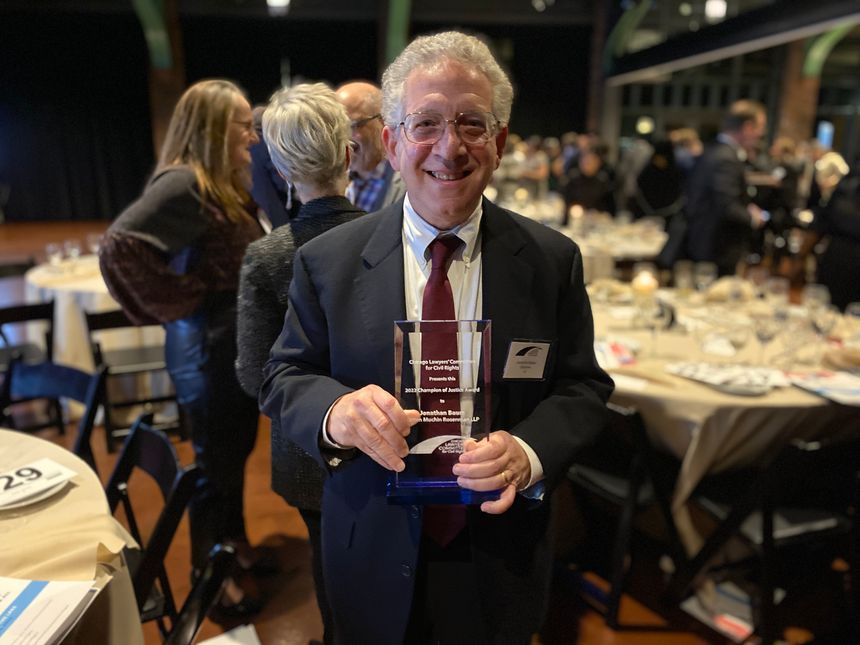 Congratulations to senior counsel and Director of Pro Bono Services Jonathan Baum on being chosen by the @ChgoCivilRights as its Champion of Justice. #probono #kattencares #lawfirms https://t.co/esZjhqXxRd pic.twitter.com/fbzEvc9GX8